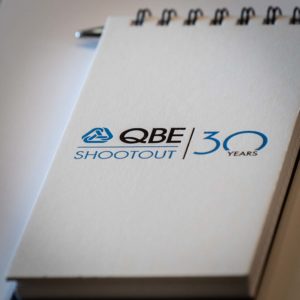 The QBE Shootout is a team golf event that takes place on the PGA Tour as an unofficial money event.

The event began in 1989, and is hosted by legendary golfer Greg Norman

The QBE Shootout brings 24 of the world’s best golfers to Southwest Florida and provides a week of entertainment and competition, as well as, enjoyable activities for the entire family.